Skip to Navigation Skip to Content
Back to Impact Stories
Posted by Dan Smith on Mar 12, 2018, 3:02 PM
Blog

The Luminosity of a Founder 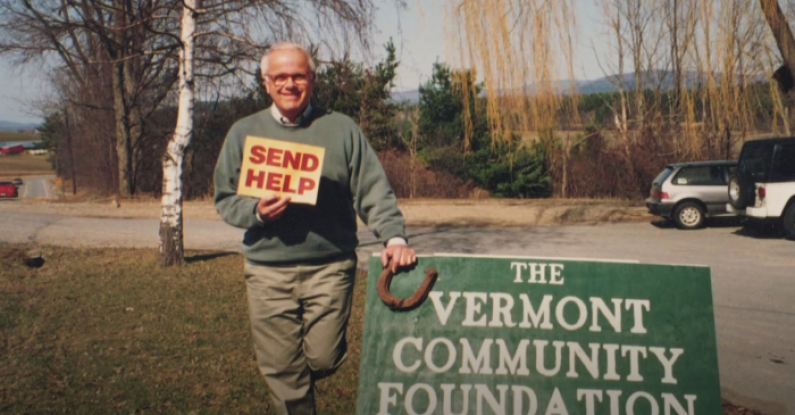 In my first few months at the Vermont Community Foundation, I kept hearing the same thing: “Have you talked to Dave yet?” From stakeholders across the spectrum, the implication was subtle, but unambiguous: I needed to talk to Dave. In the thirty-year history of the Vermont Community Foundation, no figure plays a more central role than David Rahr, the first executive director. On Friday afternoon, we were deeply saddened to learn of his passing. Our thoughts go foremost to his family, and then to reflection about his impact on this organization and Vermont.

Dave was hired as the Foundation’s first executive director in 1987. He shepherded the organization over 16 years, before stepping down from his role as president in June 2003. During that time, the Foundation grew from a single staff member to 16 full- and part-time employees, with assets growing from zero to $70 million and annual grantmaking of $8 million. Dave sustained his engagement with the Community Foundation through the years, serving on committees and as a director of several of our supporting organizations, the J. Warren and Lois McClure Foundation, High Meadows Fund, and Permanent Fund. He also remained a source of thoughtful advice judiciously shared with those who follow in his footsteps.

There is something that is luminous about a founder. This holds true with Dave Rahr. There are stories and phrases and attributes that cascade through years. From the moment that word of his passing began to spread, the thoughts from our stakeholders have been effusive.

“Kind, warm, effective.” “His humor lightened the load.” “I still retell his jokes.” “A friend and mentor.” “A model for self-effacing, humble inspiration.” “Dave was a ray of sunshine.” “The word ‘can’t’ was never in his vocabulary. He always responded with a “’sure we can.’” “His stories of grit and creativity and vision in those early days were my first exposure to what it’s like to create something for a community you care about. To bring people together and make it happen.”

I had met and known Dave in a few different contexts before taking on this role in the fall of 2016. We spoke periodically over that first year when I needed advice, and I particularly appreciated a warm spring afternoon on the back patio of his son’s house in New Haven, Connecticut. He tolerated my questions and shared stories, observations, and advice. He was inquisitive and curious and he emphasized the need for the organization to keep learning and stay curious. He spoke about the role of the Community Foundation as a “friendly schemer” and an “active servant” of Vermont communities. He shared stories about the scrappy early days and the lengths to which individual staff members went to pursue a vision for philanthropy in Vermont. We laughed a lot. It was a warm conversation that contained a set of important lessons in the potency of inspiration and the power of philanthropy.

From the roots, all things grow. The luminosity of a founder stems from that idea. This is a moment to say thanks for Dave, his vision, his humor, and his remarkable impact on Vermont and all of us who are connected to the Vermont Community Foundation.

The email below was waiting in my inbox on the morning of my first day. Its simplicity and tone capture all that was wonderful about Dave:

Happy First Day, Dan!! You are in for a great ride… I remember my first day alone in a tiny room in the Battell Block. To make sure the phone rang, I asked my wife to call me at least once a morning and again in the afternoon! I'm sure your day is a lot fuller ... and that you are as charged I was with the opportunity to have a real and relevant impact on Vermont and its communities.
I hope to be at Annual Meeting.  In the meantime, have a ball!   Best .. d

You are welcome to share your memories and thoughts about Dave and I will be sure to pass them on to his family. He will be missed by all of us.

Update - March 15:  There will be a celebration of Dave’s life on Saturday, April 28th at 2:00 p.m. at the First Congregational Church in Old Lyme, Connecticut. His family has requested that gifts in his memory be made to the Vermont Community Foundation, Princeton University, or the Old Lyme Library. Read Dave's obituary.