Skip to Navigation Skip to Content
Back to Impact Stories
Posted by Zoe Pike on Oct 23, 2017, 9:43 AM
People & Profiles

Supporting Our Neighbors in Need: Charlie and Wynne Browne 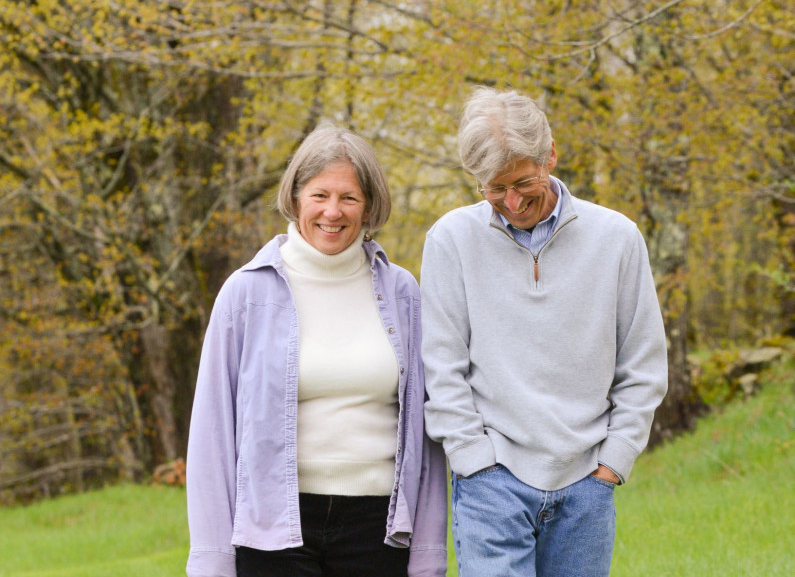 Charlie and Wynne Browne grew up in comfortably middle class Quaker families that, while not wealthy, made giving a priority. They adhered to a Quaker tenet called “right sharing of world resources,” which asks Quakers to share of their bounty with the less fortunate. “Both of our sets of parents gave of themselves—time and money—to various causes,” said Wynne. And so, after 40 years in the Northeast Kingdom, it’s no surprise that the Brownes have made giving part of their own adult lives.

In the intervening decades, Charlie went on to a career in nonprofits, capped by his time as the executive director at the Fairbanks Museum in St. Johnsbury. Wynne served as head librarian at Lyndon Institute for four years, took some time off for their infants, and then spent 30 years working at Downs Rachlin Martin. For Charlie, a career spent in nonprofits brought into sharp focus the importance of giving. “We scraped together what we could here and there… for the causes that we cared about most: high-quality education for all, families in crisis, and the Vermont environment,” said Charlie.They moved to Peacham in 1977; Charlie had spent a summer at the Farm & Wilderness camps in Vermont, and the couple passed a summer-long honeymoon in Peacham in 1970. Eager to live in Vermont, Wynne landed a one-year position as a librarian at Lyndon State College. Charlie enrolled in graduate school, and the couple headed north.

The Brownes opened their donor advised fund in 2004, following the death of Charlie’s mother; she’d left a small gift to each of her six children, and the Brownes decided to put the $50,000 into a fund with the Foundation. They decided to focus much of their giving on the place they’d called home for decades, the Northeast Kingdom. “We recognized early on in our residence here that this was not the most prosperous corner of the state, and the communities here seemed to be suffering,” said Charlie. They support organizations like Umbrella, which focuses on the needs of women and children, and the Peacham Library. And now that both are retired, they also volunteer extensively.

“We are in a position where we recognize that there are people far less fortunate than we are,” said Charlie. “We know there are folks out there who have almost nothing. This is where some of that Quaker upbringing enlightens the way we think about folks. They are our neighbors and members of the Northeast Kingdom community… [and] when people are in need then that’s where philanthropy really must step up.”