Skip to Navigation Skip to Content
Back to Impact Stories
Posted on Jun 18, 2015, 2:14 PM
Community Stories 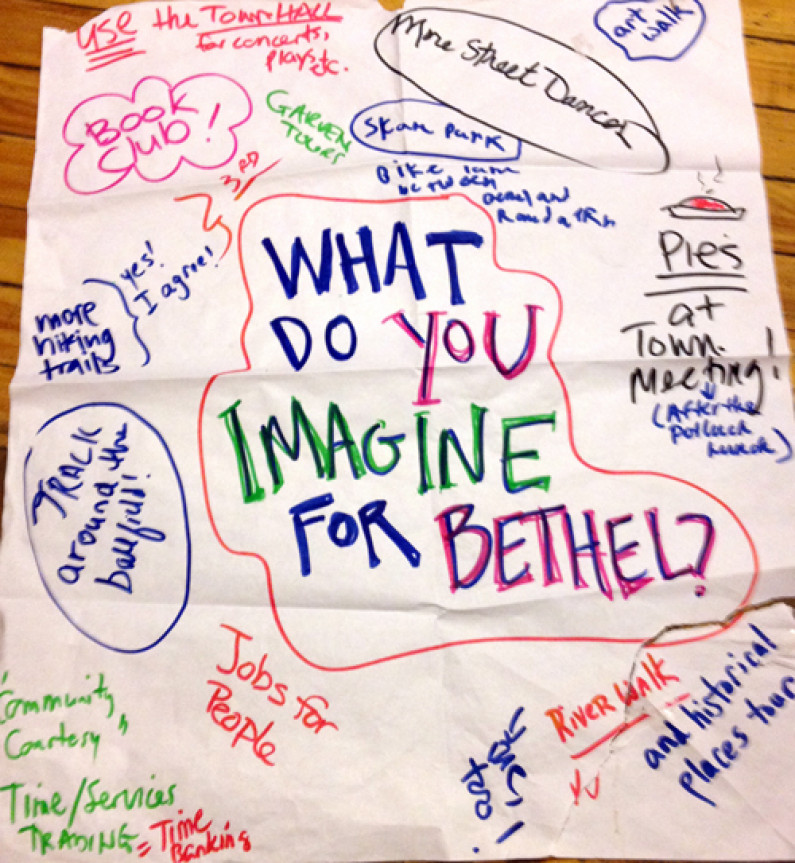 How do you build community? There are as many answers to this question as there are communities. But one method emerging in the small town of Bethel is particularly unique. It’s known as Bethel University (BU for short), and it’s free.

In 2011, it took some Bethel residents days to realize the extent of the damage in their community after Tropical Storm Irene. “That was a real wake-up call for me, to say, I really [should] know that someone’s house was swept down river a half mile from my house,” said BU Organizer Rebecca Stone in a January 2015 Vermont Public Radio interview. “So, I had a really strong personal motivation to start getting to know my neighbors.”

That motivation was felt by many and led to the formation of the Bethel Revitalization Initiative (BRI), with a goal of strengthening the community. In a vote by town residents on what they would most like to see happen in Bethel, the idea of a “pop-up” university won overwhelmingly.

And so in March of 2014, with the help of a $2,500 Small & Inspiring grant, a website, and a sign-up sheet in the Bethel Village Sandwich Shop, Bethel University recruited 21 local “professors” and opened its “doors” to more than 80 students from 11 towns.

A third-grader teamed up with her art teacher to run a class called “Art! For Kids, By Kids.” Her mom, a long-time college employee, offered a workshop on the secrets of college financial aid. Eighteen courses ranging from vermicomposting to wine tasting to Zumba brought neighbors together to teach and learn from each other. 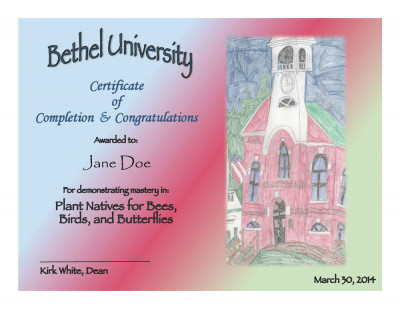 Public spaces buzzed with activity. The principal of the school opened its facilities so that BU could offer courses in computer technologies, tennis, and music; the public library hosted events; and the Select Board donated the use of the newly renovated Town Hall. At the end of the month, a lively graduation celebration featured “diplomas” illustrated by a local fourth grader, food, and new friends.

And that was just the beginning.

In March 2015, Bethel University returned with 250 students from nearly 40 towns and course offerings ranging from French lessons to dodgeball. There was tremendous support from local businesses and other funders.

As far as the organizers know, BU is the first month-long “pop-up” university of its kind in the country. It’s unlikely to be the last. In their report to the Community Foundation, BU organizers noted that other towns interested in replicating the idea have contacted them. They hope the word will continue to spread, and they’ve offered to share what they’re learning with other communities who want to try it.

Stone noted in the VPR interview that Bethel has begun to feel like a stronger community. "It’s not something that can be changed in a year or by one event,” she said. “But there have been so many small little projects, so many instances of collaboration, trust, and community building popping up that [Bethel is] really an exciting place to be right now."