Skip to Navigation Skip to Content
Back to Impact Stories
Posted on Jun 18, 2015, 2:20 PM
Community Stories 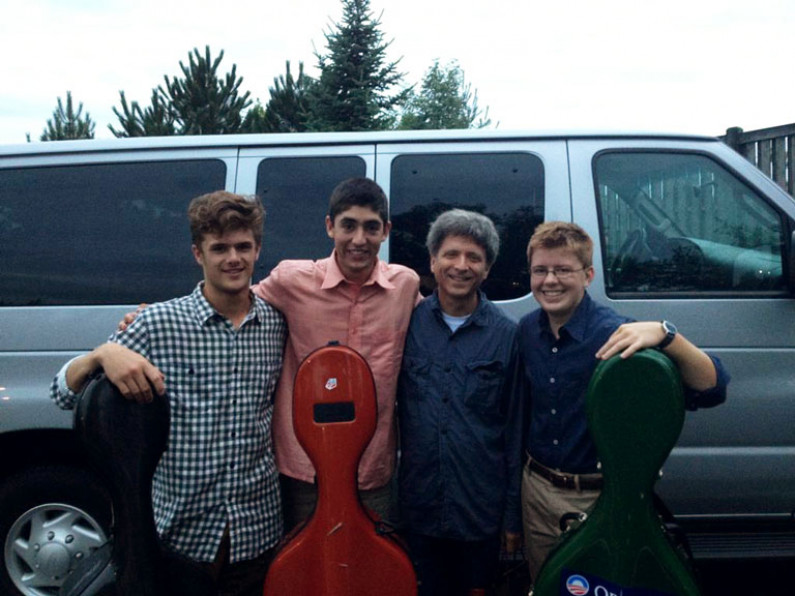 Three young men play cellos in a large, white, windowless room. Bach resonates in the space, a rich sound unfamiliar in this place of locking doors, rattling keys, clinking chains, and the footsteps of security guards. Much of the audience sits with heads bowed and hands folded, attention turned inward. After the final cadence fades, one of the prisoners, a large man, looks up and asks, “What’s the story behind that music? I need to know.”

The year was 2012 and the month was August. The cellists were recent Vermont high school graduates headed to college and members of Me2/Orchestra, a classical music organization for people with and without mental illnesses. They received a Small & Inspiring grant from the Vermont Community Foundation to perform in all eight correctional facilities in Vermont over the course of five days that summer. The aim of the program was to inspire incarcerated people struggling with the social stigmas associated with incarceration as well as mental illness and addiction, by sharing music and the joy that comes with it. After every performance, inmates asked if the Me2/Orchestra could return with more performers.

In 2013, the residents of the Southern State Correctional Facility voted to offer Me2/Orchestra funding from their recreation budget so that the full orchestra could travel to perform in the facility. A few months later, the orchestra was also invited to perform at the Woodside Juvenile Rehabilitation Center, where two residents rehearsed with conductor Ronald Braunstein and then performed as vocalists with the orchestra in front of their peers and special guests. Andrew Pallito, the Commissioner of the Vermont Department of Corrections, has been so inspired by Me2/'s work that he has joined their Board of Directors and is encouraging them to develop a long-term connection with our state's prisons.

One of the first audience members to hear Me2/Orchestra in a prison has since been released. He was so inspired by the performance he experienced that he contacted the orchestra to ask if he could attend rehearsals. He is now creating a short video about Me2/Orchestra as part of one of his college classes.

In a nation where there are more people with mental illnesses in prisons than in hospitals, a little bit of music can make a world of difference. Not just for the people who hear it, but for those who play it. Will, one of the young men who performed that first summer, put it like this: “I didn’t realize how much of an impact an hour of classical music would really have, but hearing an inmate say ‘this is the best experience I’ve had in all five years of being here’ was simply jaw dropping.”

“At first these performances simply seemed like a great way for us to do something for others who are living with mental illness and addiction and are currently incarcerated,” says Caroline Whiddon, Me2/’s executive director. “While that is true, I don't think any of the members of Me2/Orchestra anticipated what a tremendous eye-opener it would be for us to perform for these audiences. We are fighting stigma, but also learning a lot about our own preconceived notions about how prisoners will react to an orchestral performance. ‘Music in Prisons’ may have started as a short-term project but it is heading towards long-term programming and life-changing experiences for all involved."