In Tune With Their Giving: Pat and Ray Harwick 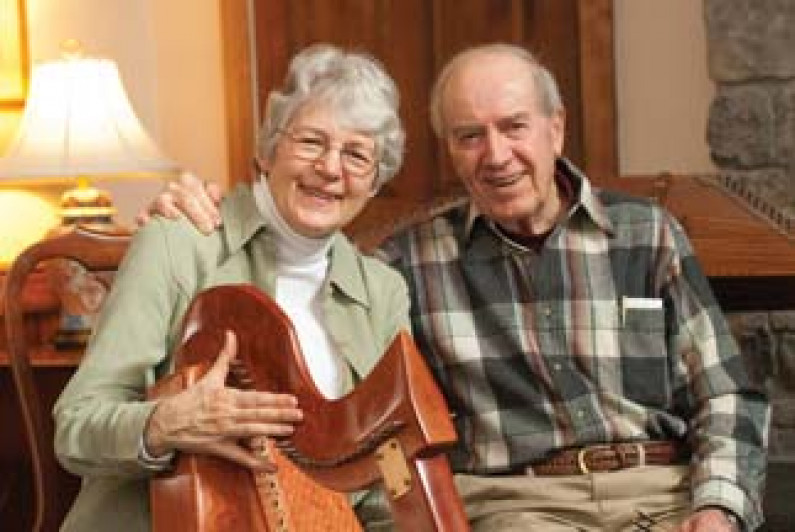 You’re never too old to learn something new. At least that’s what the Harwicks will tell you. Well into her forties, Pat decided to pursue a childhood dream of playing the harp. Years later at a street festival, Ray was captivated by the sight and sounds of a hammered dulcimer. Following in his wife’s footsteps, he learned to play the instrument at the age of 72.

Now the couple tours Vermont’s senior centers and nursing homes, sharing their love of music and the message that it’s never too late: “We encourage people who have played instruments in the past to think about picking up that guitar, or getting that fiddle out, because there’s a real joy in making music.”

Pat and Ray are no strangers to working side-by-side. Both former ministers, the couple ran their own business as church fundraising consultants for 21 years, helping churches raise over $200 million. Through their efforts they discovered the effectiveness of charitable gift annuities (CGAs), which help donors support the causes they care about while providing a fixed annual income during their lifetime. Working closely with the Foundation, the couple has established three CGAs in support of the Flynn Center, Vermont Public Radio, and the Vermont Symphony Orchestra—often becoming the first CGA donors at these organizations. Their hope is to inspire others to think about the many ways you can make a positive difference. For Pat and Ray, giving—just like music—is a lifelong passion that is best when shared. “I wish more people could begin to experience that feeling,” says Ray. “It makes you want to get out of bed in the morning.”

“There’s such a reward that comes from people who appreciate our music—and what our gifts do. We really receive back more than we could ever afford to give away.” —Ray Harwick