Skip to Navigation Skip to Content
Back to Impact Stories
Posted by Zoe Pike on Oct 23, 2017, 1:43 PM
People & Profiles 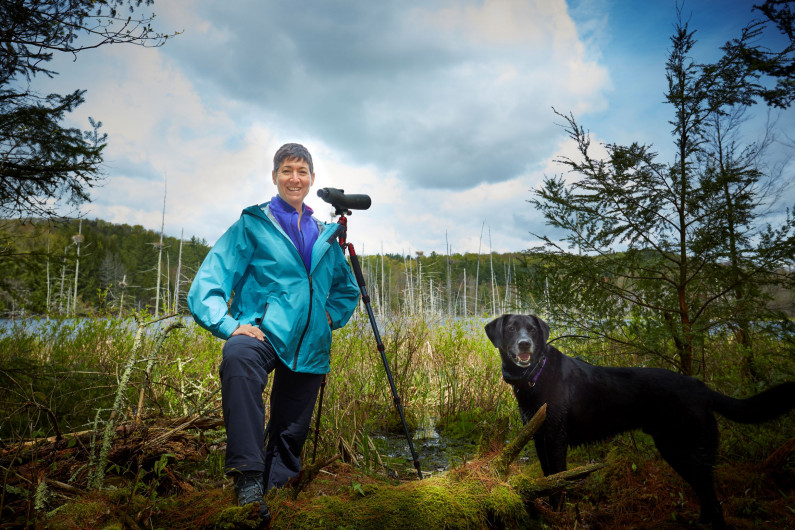 Even as a young child, Renee Reiner noticed income inequalities and social injustice, and yearned to do something to make a difference. Today, Reiner is doing just that. Upon inheriting a portion of her mother’s estate a few years ago, she set out to give away what she could—and ease, at least in some small part, the injustices she’d noticed for decades.

“I would like to feel I’m leaving the earth a better place because I’ve lived on it,” said Reiner. “I have more than I need, so sharing is appropriate.”

Reiner’s philanthropy takes many shapes. It’s visible in her work as a bookseller, supporting a growing network of small, independent bookstores throughout Vermont. Reiner and her husband, Mike DeSanto, moved to Vermont 21 years ago with a dream of leaving the Boston grind; they purchased a bookshop in Winooski and put down roots. They eventually sold that store, but opened another—Phoenix Books—in Essex in 2007. Five years later, after turning to a unique model of community financing that brought in many small investors, they opened a second location in downtown Burlington. Today, Phoenix has five locations, with additional bookstores in Chester, Rutland, and Woodstock.

The growth wouldn’t have been possible without Reiner’s inheritance. The financial cushion allowed Reiner and DeSanto to think about their growing network of bookstores as more than just businesses. Even if the math doesn’t always work out for profitability, the couple believes strongly in fostering independent, intellectual hubs for community in Vermont cities and towns. “This is our lifetime philanthropy,” said Reiner.

Her giving takes on other forms, too. Following her mother’s death, Reiner purchased a large piece of land in Bakersfield and conserved the parcel through the Vermont Land Trust, a testament to her devotion to land conservation. She also set up her donor advised fund with the Vermont Community Foundation, giving away the first 5 percent of her wealth in one fell swoop.

In her own philanthropy, Reiner is particularly called to women’s issues, racial justice causes, end-of-life care, and land conservation. She found that working with the Foundation provided structure and a way for clarifying her thinking around giving, and feels “giddy” at the opportunity to work with her advisor to give in meaningful ways. She jokes “I’m no Bill Gates,” but still feels immense gratitude for the resources she’s now able to share—and looks forward to giving more.