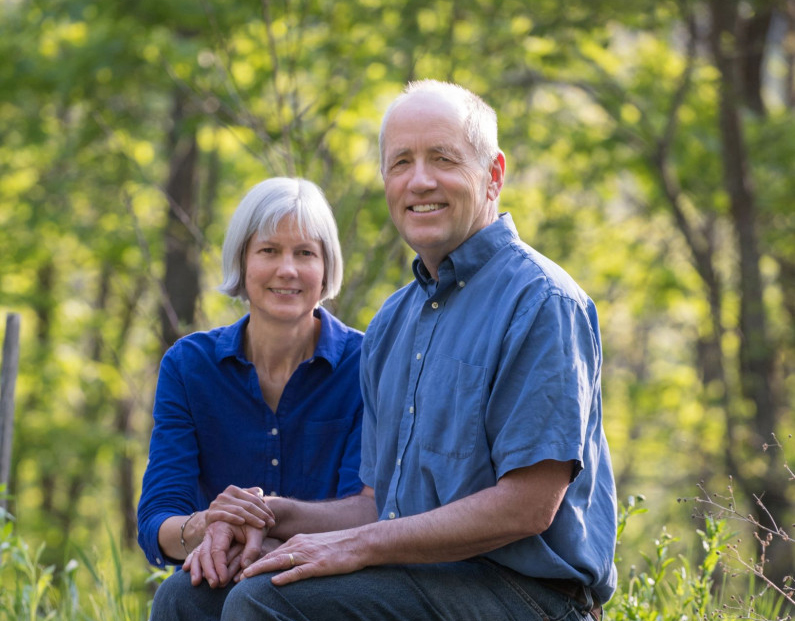 The terrorist attacks of September 11, 2001 hit close to home for David Stapleton and Joyce Manchester—literally and figuratively. At the time, the two economists were living with their children just outside of Washington, D.C. Soon came devastating news: David and Joyce learned that close friends—a family traveling with their two young daughters—had been aboard the flight that crashed into the Pentagon.

“It could have been us,” said David. They felt compelled to do something to honor their lost friends and help make the world a little bit safer for their own children. That decision began 15 years of both global and local philanthropy. Soon the couple began giving to initiatives to support education, especially for girls, in Afghanistan and central Asia to counter the appeal of extremists and terrorist tactics.

Philanthropy became a “joint project of our relationship and marriage,” said Joyce—as well as a means for gathering with friends. In 2007, they partnered with friends to create the Afghan Education Giving Circle of Northern Virginia, which has since made annual grants to support education for girls in Afghanistan. Many of their grants have been made to Sahar Education International, a program that builds schools and computer centers in Afghanistan; David now serves as treasurer of Sahar’s board.

While much of the couple’s giving has focused on global initiatives, Joyce and David are also committed to giving back locally. After relocating to Vermont in 2014, they set up their fund with the Community Foundation the following year. They used the Community Foundation’s 2015 Opportunity report to learn more about programs they might support in the state, and targeted their giving to programs focused on helping young people become productive members of society.