Skip to Navigation Skip to Content
Back to Impact Stories
Posted on Jul 1, 2016, 2:25 PM
Community Stories 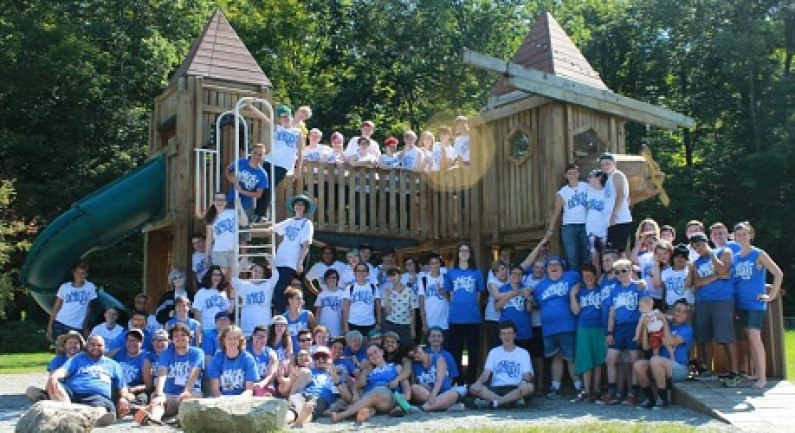 At first listen, it sounds like a typical summer camp. Teens in colorful shorts and T-shirts shout and greet one another as they emerge from their cabins to spend the August day together. Newcomers to the camp laugh nervously as they listen to the boisterous stories told by confident veterans around cafeteria tables. In the sweltering heat of the afternoon, the sounds of splashes resonate across the grounds as a group leaps into the water together, shrieking at the sudden cold. In a quieter corner of the camp, shaded by trees, campers attending for their final year huddle together as one of them performs a bright melody on a ukulele, crooning a cover of a popular song. 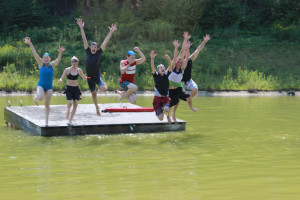 But there’s something different about this camp when you listen more closely—interspersed among the cheerful conversations over arts and crafts and the catchy camp songs, you will hear the measured tones of challenging discussions surrounding self-expression, sexuality, and identity. In groups, the teenagers contemplate the complexities of gender, learn about queer history, and debate what it means to be a good ally.

The camp is Camp Outright, a partnership between Outright Vermont and the Common Ground Center in Starksboro. For a week in August, lesbian, gay, bisexual, transgender, queer, and allied (LGBTQA) teens come together to have fun and to be themselves in a supportive environment. The Community Foundation has supported Camp Outright through the Samara Fund and through the Innovations & Collaborations program. Funding from Innovations & Collaborations awarded in 2013 and 2015 has allowed Outright Vermont and the Common Ground Center to partner together to fill a critical gap for many LGBTQA youth who seek a community of their own. Drawing on one another’s strengths, the partners have created a space that welcomes and celebrates diversity while offering critical resources and support to Vermont’s LGBTQA youth.

In fact, Camp Outright has been one of the most successful projects in the Innovations and Collaborations program, proving the premise that organizations learn more, achieve better outcomes, and have a stronger impact when they work together.  Indeed, in this partnership, both Outright Vermont and the Common Ground Center eagerly talk about how the partnership has changed their overall work for the better. 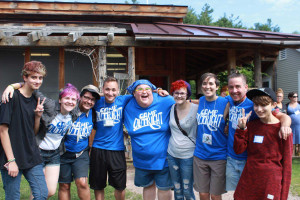 The partners’ collaborative efforts have ensured that the youth are supported before, during, and even after camp. As tearful farewells are uttered at the week’s close, the campers know that they can stay connected throughout the year. After ardent requests from participants and their parents, Outright Vermont has created online forums where the campers, who may feel isolated in rural communities, can build upon the bonds they formed during the summer.

Nothing can express the impact of the camp quite like the voices of the campers themselves. One camper reflects on their experience in 2015:

“Camp Outright was one of the most extraordinary and life-changing weeks of my life. Before Camp Outright, I never recognized the insecurities, the fear, and the hatred I had been living with for the past 16 years. I didn’t even know they were there until they were gone. The moment someone validated my pronouns, my sexuality, my expression, my entire being—it changed me forever.

“Since then I’ve been fiercely motivated to re-create the environment and principles of Camp Outright in everyday life. I want people to be inclusive, respect others, and live in a world where no one feels left out or invalidated.”