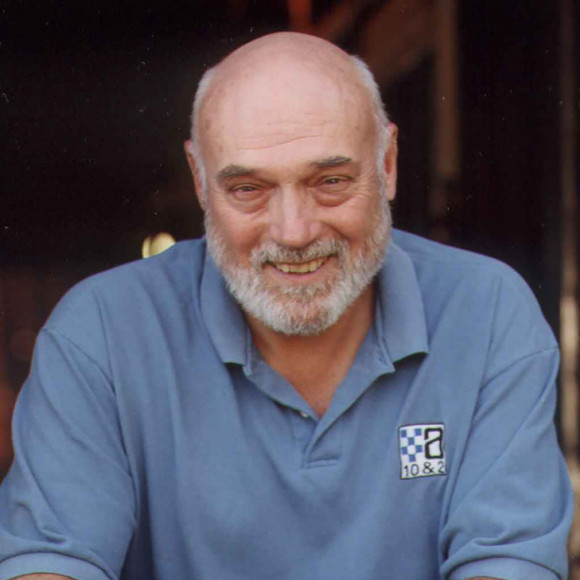 The Con Hogan Award for Creative, Entrepreneurial, Community Leadership recognizes Con and his life’s work by encouraging and rewarding leaders who share his vision of a Vermont that places the highest value on the public good, and seize the responsibility for making that vision real by using data and measurement, monitoring a plan of action, and making strategic adjustments along the way.

About Con and the Award

Con Hogan was an important figure in Vermont. Sadly, he passed away in August 2018. From his work in the public, nonprofit, and private for-profit sectors, he exemplified the kind of thinking and leadership that Vermont needs as we address the challenges of a new century. Con’s down-to-earth management approach was always backed by both sophisticated, tested theory and a nuts-and-bolts practicality.

Whether the focus was corrections, child well-being, or health care, Con served his state by working to understand the fundamentals of the situation, finding experts who could educate him about what he didn’t know, setting a vision for what was possible, and getting to work to make that vision reality. Throughout this process, he kept his eye on whether his project was producing the desired results. If it wasn't, he looked for another way to get the results. Learn more about Con below.

The Con Hogan Creative, Entrepreneurial, Community Leadership Award is a $15,000 cash award that recognizes the work of a Vermont community leader who shares with Con the traits listed below.

The Con Hogan Award for Creative, Entrepreneurial, Community Leadership recognizes Con and his life’s work by encouraging and rewarding leaders who:

The honoree must be an individual who is a Vermont resident and has not previously received the award. Although there is no specific age requirement, the award is intended for someone with a record of success who is continuing to act toward making a positive difference.

All nominations must be submitted online through the Vermont Community Foundation’s Online Grants Manager. Please create your account using the name and contact information of the nominator. You will need to enter your first and last name in the Organization field and 00-0000000 in the tax ID field. Your nominee’s information will be entered in the online nomination form, which is accessed via the "Apply" link after creating and logging into your account.

To preview a pdf of the online form questions, click here.
Nominations will not be accepted by email or mail.

Watch the Livestream of the Award Presentation - 5:00 p.m. on Wednesday, September 28th

“This award will hopefully reward and offer incentive to leaders in Vermont to continue and broaden their important work on behalf of Vermonters.”

Recipients will be selected by a committee consisting of individuals who represent a broad range of activities, including: health and human services, the arts, government service, early care and education, agriculture, and civic duty.

News and Stories from the Con Hogan Fund 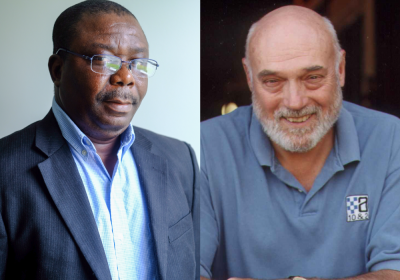 Nominations are Open for the 2022 Con Hogan Community Leadership Award 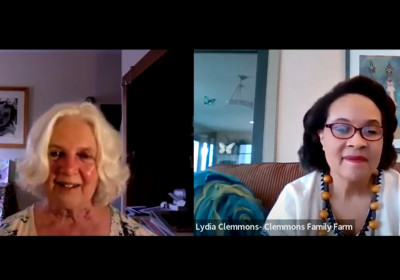 A Conversation with Dr. Lydia Clemmons - 2021 Recipient of the Con Hogan Award

The Foundation's dear friend Cornelius Hogan of Plainfield, Vermont passed away in August of 2018. During his lifetime, he served as a Senior Fellow with the Center for the Study of Social Policy, a Senior Consultant for the Annie E. Casey Foundation, a faculty member of the National Governor’s Association Center for Best Practice, a Fletcher Allen Health Care Director, Chair of the National Advisory Committee for the Robert Wood Johnson initiative for Strengthening Families through health care access, a member of the Advisory Committee for the National Center for Children in Poverty, and as a consultant to the Children’s Defense Fund in the fashioning of a program to cover all children for health insurance. He was Secretary of Vermont’s Agency of Human Services from 1991 through 1999.

He holds a master’s degree in government administration from the Wharton School of the University of Pennsylvania. Hogan earned his undergraduate degree at Rutgers University. He was awarded an honorary Doctor of Laws degree from the University of Vermont, where he presented the commencement address for the graduating UVM Class of 2000. And he was awarded an Honorary Doctor of Humane Letters from Green Mountain College in May 2012.

He was president of the American Public Human Services Association, a director of the Permanent Fund for Vermont’s Children, and a member of the Board of Trustees of the Vermont College of Fine Arts. Hogan had a 15-year career in corrections, including serving as Vermont’s Corrections Commissioner. He was also president and CEO of a successful mid-sized corporation for a decade in the 1980s.

Hogan was active in a variety of efforts to improve the circumstances of children, families, and communities including: the closing of Vermont’s only children’s reform school; closing of Vermont’s only training school for persons designated developmentally disabled; reducing the census at the Vermont State Hospital; implementing a statewide welfare reform program in 1994; and establishing outcomes throughout Vermont that have demonstrated measurable, significant, and sometimes dramatic improvement in the condition of Vermont’s people, in areas such as child support collections, parentage establishment, child abuse, teen pregnancy, and early childhood health and nutrition programs.

He was also a resource to local, state, federal and other nations, working in Ireland, Scotland, the Netherlands, the UK, Australia, Israel, Chile, Northern Ireland and Norway in the work of finding common purpose and obtaining results in the well being of children, families, and communities. And as a member of the five-person Green Mountain Care Board, he was charged with helping Vermont move toward a universal, unified health care system, in which all Vermonters can access affordable and appropriate health care at the appropriate time and in the appropriate setting.