The Sport for a Lifetime: David and Eleanor Ignat 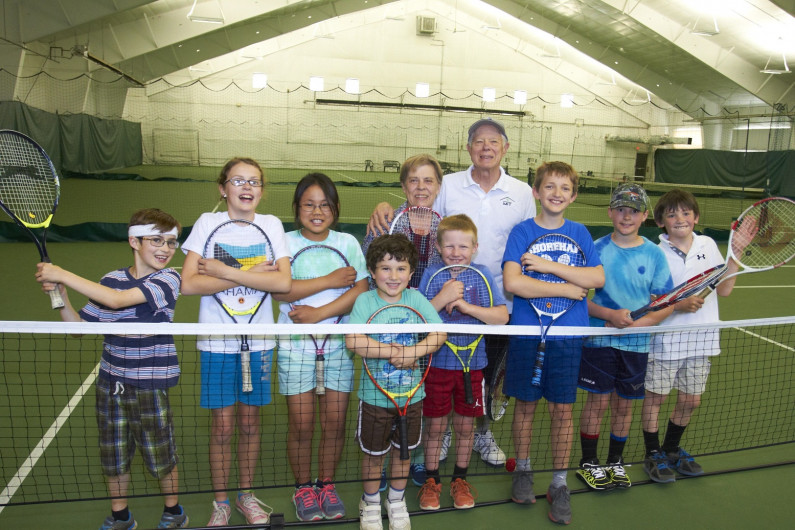 In 2014, David and Eleanor Ignat donated the Middlebury Indoor Tennis facility to the Addison Community Athletics Foundation (ACAF), a supporting organization at the Community Foundation that promotes access to, education about, and awareness of athletics and healthy behaviors in greater Addison County.

Middlebury Indoor Tennis (MIT) has become an important part of the community since being opened by the Ignats in 2001. The facility provides an opportunity to play tennis year-round, and research shows that the sport has a positive effect on emotional and mental well-being for all ages. Tennis is often referred to as “the sport for a lifetime.”ACAF now owns, operates, and supports the tennis facility as a nonprofit organization. The gift of the facility represents the generosity and long-term vision of the Ignats, and the couple’s interest in promoting the sport of tennis dovetails nicely with ACAF’s mission.

ACAF has hired Erin Morrison as a part-time coordinator to help increase tennis programming and explore other ways of using the facility to promote well-being. David and Eleanor serve on the ACAF Board of Directors and continue to help with day-to-day operations at MIT.