Build the crowd before the funding: A Q+A with the Patronicity team 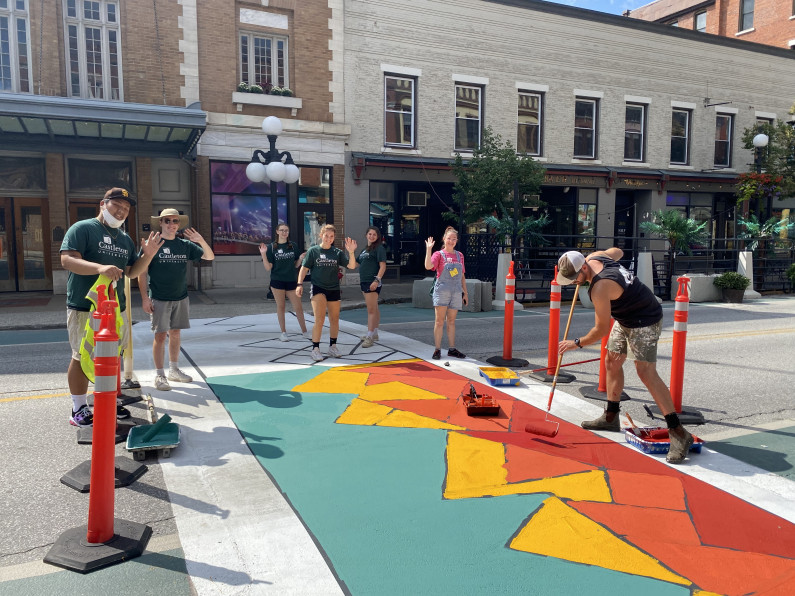 Every so often, the Insight Hub will bring you a Q+A featuring a partner or exciting organization we've learned about, with the intention to shed light on how their product or service benefits communities.

“At our core, we are a community development organization that harnesses the power of crowdfunding paired with matching grant dollars to support community-led placemaking initiatives,” mentions Jonathan Berk, vice president at Patronicity, as we dive into our conversation about the company and its role in the ongoing Better Places Vermont Program (BPP).

BPP is a community-led matching grant program that empowers Vermonters to raise funds to build vibrant spaces in their community, and in turn qualify for a 2:1 matching grant. This means individual projects can raise up to $20,000 to qualify for an additional $40,000 in matching funds distributed through a partnership of the Vermont Department of Housing and Community Development, Vermont Department of Health, and the Vermont Community Foundation.

Patronicity’s role begins once a project idea is shared with BPP. They help to develop the project funding campaign, provide ongoing support throughout the process, and do their best to ensure each project reaches its funding goal.

To learn more about Patronicity and how their crowdgranting model came to be, the Insight Hub sat down with Ebrahim Varachia, founder, Jonathan Berk, vice president, and Camryn Greer, community programs director, for a quick interview. The following questions and answers are edited for clarity and length.

How did Patronicity become involved in BPP and what do you bring to the partnership?

The concept for the Better Places Vermont program came after Richard Amore, planning and outreach manager at the Agency of Commerce and Community Development’s Department of Housing and Community Development, heard about Patronicity’s programs in Michigan and Indiana that would eventually set the foundation for what would become BPP. After some due diligence, coalition building, and further conversation at a 2019 Historic Preservation and Downtowns Conference in Montpelier, the State of Vermont continued to move forward with building out the program with Patronicity, the state’s placemaking partners, and the Vermont legislature.

As Richard has shared with Patronicity, the BPP team collaborated with many partners (inside and outside of Vermont’s state government) over the past 3+ years to build support, run a pilot program, and work together to co-create and co-design the Better Places program. The Partners who co-developed and co-created BPP are:

To really bring the program to fruition, we continue to rely on the expertise, partnership, and generous support of additional partners like:

Zeroing in on Patronicity, we have been involved from the get-go, working with the state of Vermont to set up the entire program framework, based on our social enterprise’s crowdgranting model.

As Ebrahim puts it, the matching grant isn’t a new concept, crowdfunding isn’t new, but pairing them IS new. Before Patronicity offered this service, coining the term crowdgranting, it wasn’t available to Vermont.

Flash forward to now and after the program has launched, Patronicity’s role has shifted.

One of the biggest value propositions the company offers is their experience in community outreach and “building the crowd before the funding.” Hundreds or thousands of people will know about a project, even if only 50 donate. A really big part of Patronicity’s role is figuring out the best tools to get community members to rally around an individual project.

For example, past partnerships have yielded anywhere between 20-40 individual projects each supported by 40-50 donors.

To get to specifics on BPP, once a community project is established and vetted by the Department of Housing and Community Development, Patronicity helps the project build out its crowdfunding webpage, defining who they are, why they’re doing this, and why folks should support, and develop their strategy for their crowdfunding campaign.

As funds flow in, Patronicity continues to provide ongoing support until the goal is met or funding period closes.

What are some examples of past partnerships where this type of funding model has been successful?

The fact that these programs are ongoing indicates their success. One quote from our partner in Michigan is a great snapshot of our partnership:

“Grants requiring the recipient to match the amount of the grant from their own fundraising efforts are available all the time, but municipalities and nonprofits often forgo them because they have limited ability and capacity to go out and source the matching funds. By using a crowdfunding element, every day people drive their own community-led projects that they want to see happen.”

From an external perspective, we’ve been fortunate enough to be recognized by national and international organizations like the Harvard Kennedy School and International Economic Development Council for our crowdgranting model. 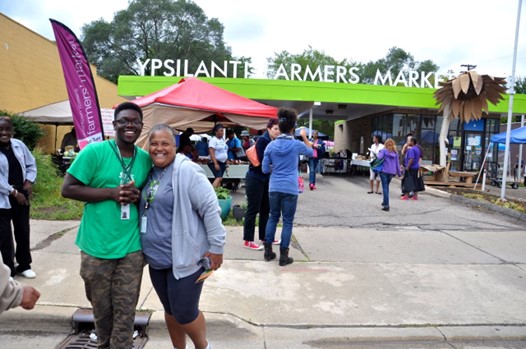 What does success look like for Patronicity and the BPP?

On the simplest level, success for us is each individual community-led project hitting its funding goal. From a metrics standpoint, we take pride in our success rate. Since 2014, we’ve had about a 90 percent crowdfunding success rate compared to an average on other platforms of only 22 percent.

For BPP, success is set by the goals that we first established when we launched the partnership:

2. Enabling community-led initiatives to get off the ground quickly

Are there any hurdles this type of challenge is intended to overcome?

There are lots of reasons for this, including cities, like Boston and Detroit, have somewhat transient populations.

But we think it’s also because smaller, rural communities have the “pick yourselves up by the bootstraps” mentality. They’re ready to prove the doubters wrong.

How can our partners support the Better Places Partnership?

2. If you are a project creator in a Vermont community and you want to start a project, go to patronicity.com/BetterPlacesVT to learn more and see if you qualify.

3. Not a project creator but interested in learning more and supporting Vermont projects? We encourage you to visit patronicity.com/BetterPlacesVT to see if a project is created in your community or a community near you. There is lots of interest, so if you don’t see a project now, you’ll likely see one soon! 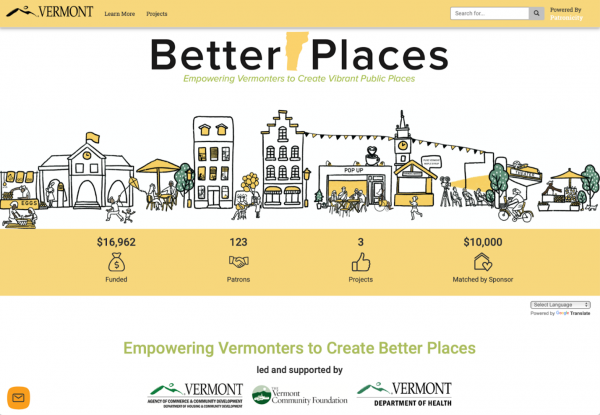 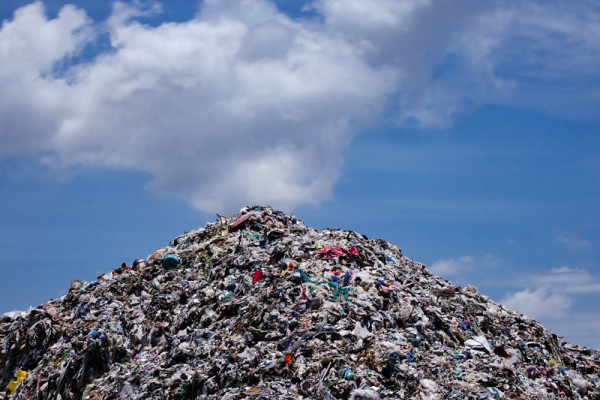 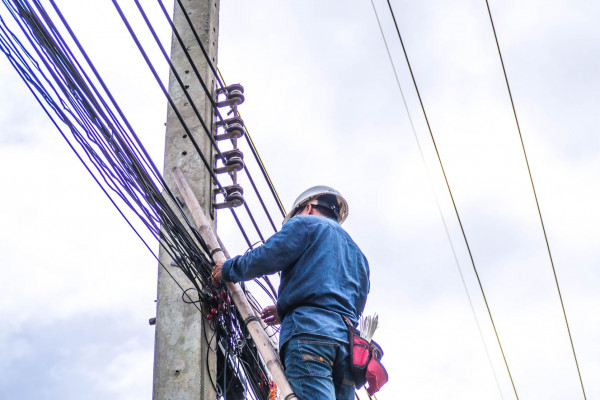 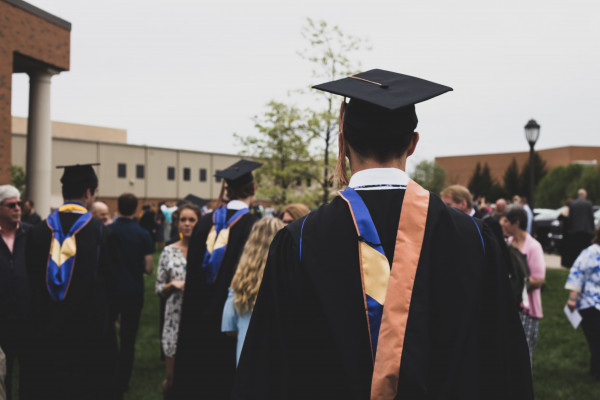