Can We End Gun Violence in Vermont? One nonprofit believes we can 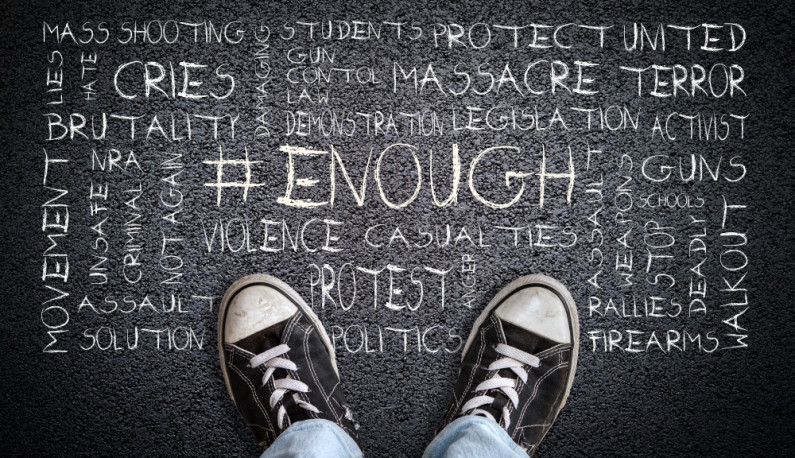 In a statement on May 25, 2022, Vermont Community Foundation President and CEO Dan Smith emphasized the need for gun control policy in response to the major mass shooting incidents that occurred last month. The Insight Hub researched the topic of gun control, and the following article is a result.

Conor Casey no longer plans candlelight vigils. Although he mourns the victims of the Uvalde, Texas school shooting, the Buffalo, New York grocery store shooting, and the many others killed in gun violence this year, the executive director of GunSense Vermont believes the best response is action.

“You honor the victims of these tragedies by not letting them happen again,” Casey said.

The recent mass shootings—19 children and two teachers killed in a Texas elementary school, ten people, all black, gunned down at a New York grocery store in what police are calling a racially-motivated hate crime—are horrifying acts. The fact that these crimes are just part of a continuing onslaught of mass shootings and fatal gun incidents in this country makes them even worse. The alarm was already sounding. Now it is shrieking. Something must change.

Philanthropy can help Vermont lead the way for safety and healing. Giving to survivors and to the families of victims and their communities is a way to provide immediate support. Community foundations in both Texas and New York have taken the lead in creating response funds, and people from all over the United States are showing they care through donations.

Charitable individuals also have a role to play when it comes to long-term change. They can give to organizations that work to build education about gun safety and laws that protect the public, as well as create more supports for people at risk of alienation and committing violence. They can also give to anti-racist organizations that work against the toxic white supremacist attitudes espoused online by the Buffalo shooter.

Vermont has not seen the kinds of horror that played out in Uvalde and Buffalo, but we are not immune to gun violence. In 2020, Vermont had the highest firearm mortality rate in New England, according to the Centers for Disease Control and Prevention. That year, 76 people died from guns. Most of the deaths were suicides, followed by homicides—with domestic violence a leading cause—and accidents.

Here as elsewhere, worries about the potential for increased gun incidents are real. Earlier this month, a former Burlington City Councilor was hit by shrapnel from a stray bullet fired near his home. He escaped serious injury, but it was the 12th gunfire incident in Vermont’s largest city this year. From 2012 to 2019, the annual average in Burlington was two gunfire incidents per year.

Around Vermont, there were at least 47 gunfire incidents in the first five months of the year, with numerous gun-related homicides, according to state police. Several Vermont schools have reported threats. They thankfully did not materialize, but understandably create deep anxiety.

Still, we are not powerless. And progress in one state can help inspire it in others. Vermont already has some of the measures in place that are now being debated in Washington, D.C. After a school shooting plot in Fair Haven was averted in 2018, the Vermont Legislature passed a series of new gun safety measures including one that prohibits gun purchases by people under 21.

In Texas, the shooter was able to legally buy two semi-automatic rifles the day after his 18th birthday and use one in the attack. Casey, of GunSense Vermont, asks: “What if he couldn’t have gotten it for three more years, would we have seen a different result?’’ Would the teenager have had more maturity, more self-control over whatever horrifying motivations drove his actions?

Vermont also passed a “red flag” law in 2018 that gives state government more ability to limit a person’s access to dangerous weapons when the individual is deemed a risk to themselves or others. This spring, authorities in Montpelier used the “red flag” law to remove weapons from the home of a teenager who had been investigated for potential threats against Montpelier High School.

Red flag laws and other precautionary measures are one way to help buy time, so that it is not as easy for people in crisis to reach for guns. Whether it is a crisis related to school tensions or domestic violence or mental health, reducing access to firearms in volatile situations can help avert calamity.

“A lot of it’s a cooling down period,” Casey said. “You don’t want people to have ready access to firearms when they are in an agitated state.’’

GunSense Vermont was founded in 2012 in the aftermath of the Sandy Hook Elementary School shooting in Connecticut. “A very, very committed group of volunteers got together and said, ‘our federal (Congressional) delegation is great, they are moving in the right direction, but what can we do here in Vermont?’,” Casey said.

With its strong hunting culture, rural landscape, and long history of relatively few gun restrictions, Vermont was not an easy place to talk about gun reforms. It still isn’t. But the scare in Fair Haven was a pivotal moment. “The Fair Haven high school near-miss did open peoples’ eyes to some extent,” Casey said. “And made them think maybe this isn’t something that only happens in other places. Maybe we do need to take some action here as well.”

GunSense Vermont works statewide to educate on the need for precautions and legal reforms, and this year helped successfully advocate for a new law that bans guns in hospitals and increased the period to perform background checks on gun purchases from 3 to 7 business days.

Since the mass shootings in Texas and New York, GunSense Vermont has been flooded with offers from new volunteers to help with additional education and programming. But the nonprofit organization has only one part-time staff person—Casey. “It’s not enough,” he said.

Charitable individuals can help by giving to the 501(c)(3) GunSense Vermont Education Fund so it can organize new and existing volunteers, as well as keep working toward goals that include more public education and better data collection around gun incidents. The fund also supports outreach and partnering with schools, social service organizations, and mental health allies to strengthen supports for at-risk individuals.

The organization is also advocating for a law that requires guns to be safely stored. In the meantime, GunSense Vermont is hoping that donations could help seed a gun storage locker giveaway program to help keep household guns out of the hands of children or others who may wind up using them, with fatal accidents and other harm resulting.

People who question additional gun safety laws sometimes point out that existing laws aren’t always enforced—a legitimate point that deserves to be heard and addressed by elected officials, law enforcement, and public safety leaders. Acknowledging this, though, does not mean society must be idle.

People can take steps on multiple fronts to address the problem, Casey said.

Responsible gun owners, including the many law-abiding hunters in Vermont, can help be part of the solution, he added. Casey said he welcomes such volunteers and points out that GunSense Vermont does not oppose all gun ownership.

“The message we’d like to share with folks who feel helpless or hopeless is that everybody has a part to play in this, even if it’s a small one,” Casey said.

Whether that’s donating, volunteering, or helping to educate, there is a role, and a central mission that guides the work, he emphasized. “We need you working with us here,” Casey said. “Every life is meaningful to us.” 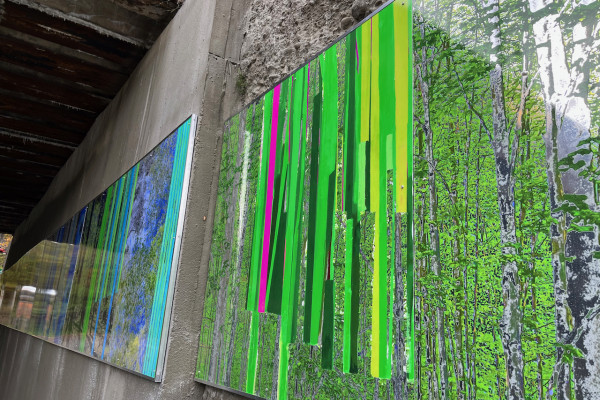 Arts for All: How philanthropy can make the arts accessible and affordable

The power of art to inspire, comfort, and stretch the imagination is something all people can benefit from—not just those who can find their way to a museum, pay for a concert ticket, or hire a piano teacher for their children. Philanthropy can help increase access, nourish the artistic spirit, and support Vermont's creative economy at a time when it hasn't fully rebounded from the COVID-19 pandemic.

Read the brief "Arts for All: How philanthropy can make the arts accessible and affordable " » 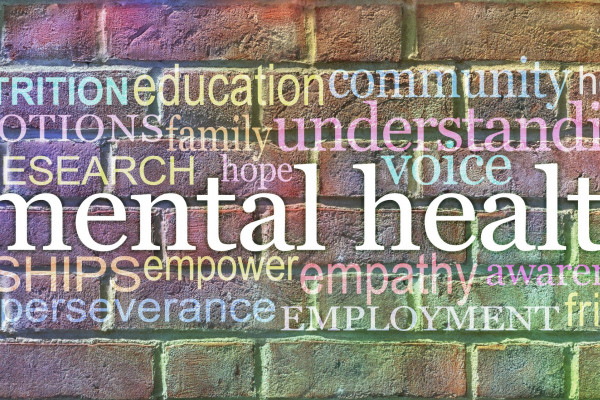 On November 15th, the Insight Hub hosted a webinar with the Vermont Department of Mental Health, National Alliance on Mental Illness (NAMI) Vermont, and United Counseling Service that explored how to improve mental health outcomes in Vermont. Watch the recording and check out our takeaways. 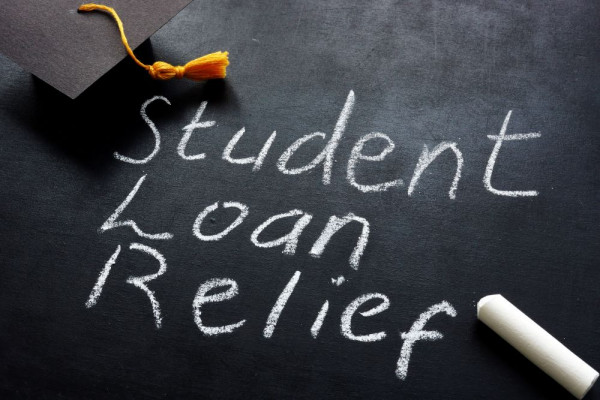 Read the article "Student Loan Debt Relief Plan Is Cause for Celebration, But Not a Long-Term Fix" »