Skip to Navigation Skip to Content
Back to Impact Stories
Posted by Zoe Pike on Feb 12, 2019, 4:49 PM
News & Announcements 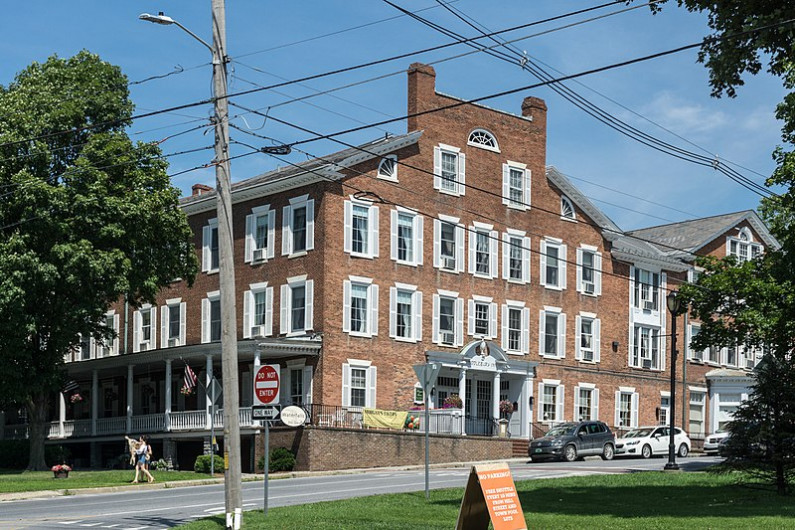 The Walter Cerf Community Fund (WCCF), a component fund of the Vermont Community Foundation, announces $251,060 in grants to 35 organizations to support work through summer 2019. The grants from the 2018 application round, some of which will be awarded over three years, support a range of organizations and projects focused on the arts, education, historic preservation, social services, and the needs of underserved populations—reflecting the pattern of giving established by Walter Cerf during his lifetime. The Cerf Fund’s giving since its establishment in 2001 is part of the lasting charitable legacy of a remarkable and generous man who wanted to make a difference in Addison County and Brandon.

Walter Cerf was born in Leipzig, Germany in 1907. The son of a successful businessman, he spent most of his youth in Berlin. In 1937, he relocated to the United States as a refugee of Nazi Germany. After becoming a U.S. citizen, he served in military intelligence and developed a deep appreciation for the preservation of art, culture, and local history. In 1947, he began a twenty-five year career as a Professor of Philosophy at Brooklyn College. He retired to his summer home in Leicester, Vermont in 1972.

With proceeds from interests in his father’s business, Walter made gifts exceeding $10 million to more than 100 different organizations in Vermont during the last twenty years of his life. At his death in 2001, the WCCF was established at the Vermont Community Foundation as a permanent endowment. The Fund makes grants annually in his name, carrying on the generosity of this remarkable man in perpetuity.

The Vermont Community Foundation is proud to have the Walter Cerf Community Fund as a partner in our work to close the opportunity gap for Vermonters in Addison County and beyond. The Fund, which will be accepting applications for 2019 grants in late spring, seeks proposals that encourage cooperation, collaboration, and community building. Seventy percent of grants are made to organizations located in Addison County or Brandon; the remainder is awarded to statewide organizations that make a unique contribution to Vermont.

One of the recipient organizations this year is Addison County Readers (ACR). This organization works diligently to put books in the hands and homes of Addison County children regardless of their economic status. Thanks to Project Books at Birth parents of a newborn can begin reading with their child from day one. Since 2011, ACR and the nursing staff at Porter Medical Center’s Birthing Center in Middlebury have been offering a free children’s book to families before they leave the Center. The books come in a gift bag that also includes an invitation to parents to enroll their baby in Dolly Parton’s Imagination Library, another program sponsored by ACR which mails a free, monthly book to the child’s home until their fifth birthday. If enrolled at birth, participants will have a personal library of 60 books by the time they turn five years of age. Mary Dodge, the vice president of ACR’s board of directors, passed along this sentiment from a parent, “This program has been a blessing to our family! We are considered to be in the poverty zone criteria so money is very tight, and we really can’t afford to buy much, even with my husband working over 60 hours a week, say nothing about affording books. We do go to the library but the kids LOVE seeing a new ‘keep-able’ book in the mail.”

Boys & Girls Club of Greater Vergennes received $5,000 to build a commercial kitchen on site to expand their meals program.

Chandler Center for the Arts received $3,000 to put local veterans and their family members in front of their communities to tell stories of military service in a staged, theatrical setting.

Fort Ticonderoga Association received $2,860 to bring educators into Addison County classrooms to teach students about the life of a soldier during the American Revolution through hands-on activities.

George Bellerose/Portrait of a Forest received $1,000 to publish and distribute photojournalism documentation of Vermont’s working forest in conjunction with the Vermont Folklife Center.

Hospice Volunteer Services received $5,000 to support its 2018 operating budget, including utilizing new technologies and innovations for deliverance of patient care and bereavement services.

Preservation Trust of Vermont received $5,000 for their seed grant program which is used to support community efforts to save and use historic buildings.

ReSOURCE received $2,000 to provide essential goods, necessary for day-to-day life to increase the quality of life for low income Vermonters.

Safer Society Foundation received $2,500 to provide long-term, one-on-one mentoring to Addison County children age seven to 17 who have at least one parent in jail or with a history of incarceration.

Shelburne Museum received $2,500 to support the Passport to Learning and Permanent Collection workshops which serve 16 schools in Addison County.

Town Hall Theater, Inc. received $4,000 to support “Shakespeare, It’s Elementary,” a program that provides the opportunity for students from four Addison County schools to work with one another to create and perform in a theatrical production.

Vermont Adaptive Ski and Sports received $2,000 to introduce children and adults with disabilities to wellness and nutrition to promote physical activity and healthier lifestyles.

Waterbury Historical Society received $2,000 for the repair and stabilization of three stone chimneys on the site of the Civilian Conservation Corps camp at the Waterbury Dam in Mt. Mansfield State Forest.

Addison County Readers will receive $12,000 over three years for the Books at Birth project which provides a free book to babies born at Porter Hospital and invites their parents to enroll them in Dolly Parton’s Imagination Library.American Civil Liberties Union Foundation of Vermont will receive $3,000 over three years for advancing the civil rights and civil liberties of all Vermonters.

Charter House Coalition will receive $15,000 over three years for to provide free meals, emergency shelter, and targeted assistance to help vulnerable adults and children get their lives back on track.

Community Health Services of Addison County (dba Open Door Clinic) will receive $15,000 over three years to support a bilingual coordinator position which manages care and communication within the dental program.

Elderly Services will receive $15,000 over three years to support five part-time nurses providing care to over 200  elders at an adult day care center.

Mary Johnson Children's Center will receive $15,000 over three years to support a new infant program that adds eight new slots for the community.

Middlebury Studio School will receive $10,500 over three years to support reduced tuition art and craft education for under-served people in the community.

Otter Creek Child Center will receive $15,000 over three years to support the scholarship program that helps families cover the gap between tuition rates and payments from the state’s Child Care Financial Assistance Program.

Rokeby Museum will receive $15,000 over three years for the expansion of educational opportunities that will include high school project-based learning programs and pre-school and after-school on-site and outreach programs.

Vermont Humanities Council will receive $15,000 over three years to provide training and workshops to early childcare providers and parents in low-income, high-risk families.