Skip to Navigation Skip to Content
Back to Impact Stories
Posted on Jun 2, 2020, 9:46 AM
News & Announcements

Today, the Vermont Women’s Fund announced that it has expanded its Council with the addition of four female leaders from across the state. Council members of Vermont’s philanthropic resource for women are responsible for advising on strategic direction and grantmaking to ensure the Fund focuses on the key issues impacting Vermont’s women and girls. The four new members are:

“We’re so glad to welcome such a talented, driven cohort of women to our team,” says Meg Smith, Director of the Vermont Women’s Fund. “Their high caliber of experience and insight will be critical to our organization’s impact over the next few years.”

Full biographies of each new Council member are below. Headshots can be downloaded at spaces.hightail.com/space/RrkyilrQiL. 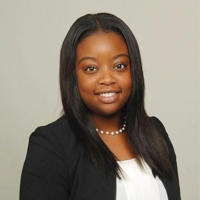 Zindzi Burchall is currently the human resources business partner for Seventh Generation. Zindzi graduated in 2016 from Rutgers University–New Brunswick magna cum laude with a Degree in Labor Relations Management with a minor in Women and Gender Studies. During her time at Rutgers, she enjoyed being politically and socially active in her community as an IWL Scholar, hosted panel events on behalf of Douglass College and was awarded the Jewel Plummer Cobb African American Senior Award. Upon graduation Zindzi joined Unilever, after being accepted into the Unilever Future Leader’s Program on the Human Resources Track. Zindzi enjoys bringing the corporate and social justice world together every day in her work as a young professional and currently resides in Burlington, Vermont. 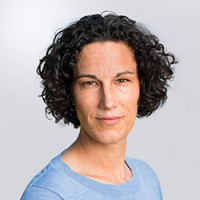 Mari McClure is the CEO and president of Green Mountain Power (GMP), after spending a decade leading transformational work by building strong teams with her knack for balancing skills, personalities and motivating employees to deliver great results for customers. McClure has held multiple leadership positions at GMP including information technology, regulatory, legal, fleet, facilities, control center, workforce development and labor relations. She joined GMP in 2010 after working in corporate law at Downs Rachlin Martin in Burlington. McClure was an NCAA Division I basketball player at the University of Buffalo, where she was captain of the team for two seasons and earned her undergraduate and law degrees. She lives in Jericho and has two sons. 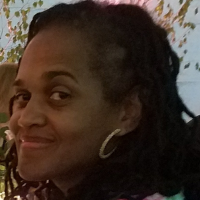 Lynn Ellen Schimoler works in the Agriculture Business Development Division at the Vermont Agency of Agriculture, Food & Markets. Schimoler manages the Working Lands Enterprise Initiative Program, working closely with the Working Lands Enterprise Initiative Board and Food, Farm & Forest Businesses throughout Vermont. She has over 25 years of experience in the private and public sector. She has served on multiple other boards including NOFA-VT and YWCA. Highly focused on racial equity and inclusion–she is an advisor to the Mayor of Burlington and was selected alongside Wanda Heading-Grant to lead the mayor in his search for a Burlington City Director of Equity and Inclusion. She has a BA in dance from Bennington College, and enjoys a part-time dance lecturer role at the University of Vermont. Lynn Ellen lives in Essex and has a 27-year-old daughter and 12-year-old son.

Candice White began her career in magazine publishing, working for ten years in Boston and New York for publications including The Atlantic Monthly, Fast Company, and The American Prospect. Subsequently, she served as vice president of marketing and communications for Sugarbush Resort in Vermont, also for ten years. In 2018, White began a consulting company, working with businesses to assist with public relations and communications. She is also an occasional writer, and has published articles in Vermont Life, Mothering Magazine, Vermont Ski and Ride, Seven Days Vermont, and Sugarbush Magazine (for which she serves as editor). White has served on the board of the Central Vermont Economic Development Corporation for five years, most recently serving as chair. She lives in Waitsfield with her two children and two Bernese Mountain Dogs. White earned a BA in English from Boston College.