Skip to Navigation Skip to Content
Back to Impact Stories
Posted by Zoe Pike on Oct 9, 2018, 3:51 PM
News & Announcements

The Samara Fund Awards $35,556 in Grants and Scholarships to Support Vermont’s LGBTQ Community 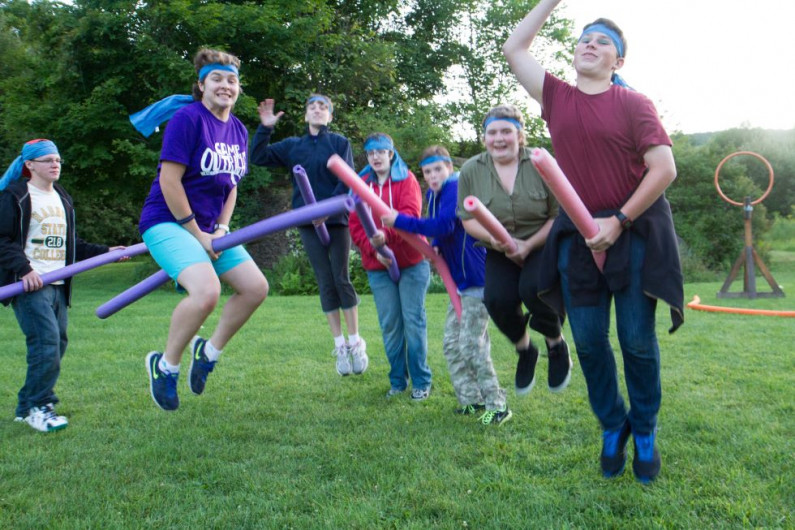 The Samara Fund, a component fund of the Vermont Community Foundation, awarded $35,556 in grants and scholarships in its seventh annual competitive grant round at the Foundation. Fourteen nonprofit organizations received grants totaling $32,056, and seven high school seniors each received a $500 scholarship. Funding priorities for this year are: youth, rural, and transgender Vermonters. Grants this year include those that support programs for HIV/AIDS service organizations, theater productions and community events, and operating expenses for small nonprofits doing vital outreach.

The Samara Fund’s vision is to be Vermont’s leading source of permanent support dedicated to nurturing the vitality, success, and well-being of lesbian, gay, bisexual, and transgender communities through dynamic and sustained philanthropy. Visit vermontcf.org/samara for more information about the Samara Fund.

Circus Smirkus received $1,000 to support hiring a consultant in the fields of LGBTQ rights and sexual abuse/misconduct, with a focus on transgender youth. This person will work with year-round and seasonal staff to create a culture and place that is free from harm, bullying, and sexual misconduct.

Common Ground Center received $3,000 to support the eighth summer of Camp Outright. This week-long residential program for LGBTQ youth (ages 13-17) creates an environment of healthy affirmation for all participants and for some campers, is the first or only opportunity they've had to be their true selves while in community.

Flynn Center for the Performing Arts received $2,000 to support various events: a performance by Les Ballets Trockadero de Monte Carlo (Trocks), the all-male ballet company founded in 1974; an intergenerational movement workshop with the Trocks; the ‘trockumentary’ titled “Rebels on Pointe”; and the performance “Songs of Resistance” by MacArthur Fellow and Pulitzer Prize Finalist Taylor Mac.

Green Mountain Crossroads received $3,000 for general operating support. This grant will support the meetings, lectures, and other outreach to rural LGBTQ Vermonters provided/sponsored by the organization.

Hartland Public Library received $500 for its Summer Pride and Beyond project. The funds will be used to purchase LGBTQ materials (books, movies, audio books) for the library's adult and young adult collections.

Howard Center received $556 to purchase hormone syringes for clients who are using non-prescribed hormones. The goal of this pilot project is to reduce harm to the transgender clients who require this specific type of syringe.

Outright Vermont received $3,000 to support its Friday Night Group (FNG)—a program that promotes connectedness for LGBTQ youth—in Brattleboro, Burlington, Morrisville, and Montpelier. FNG offers these youth the support and social connections they need not only to survive, but to thrive.

Pride Center of Vermont received $3,000 to support its annual Pride Parade and Festival. In 2017, the event attracted 800 marchers, more than 2,000 attendees, and 36 vendors.

Pride Center of Vermont received $3,500 to support a Transgender Program Coordinator position that will oversee all trans-related issues for the organization, including taking calls for the SafeSpace program.

Twin States Network received $1,500 in operating support. The grant will be used to provide resources for the new assistant director position at the Network.

Vermont Stage Company received $2,000 to support its April 2019 production of “The Legend of Georgia McBride” by Matthew Lopez. The production uses artistry and style to embody a political movement and invites the audience into a world that shows what it means to be both fabulous and fierce.

2018 SAMARA FUND SCHOLARSHIPS WERE AWARDED TO SENIORS AT THE FOLLOWING SCHOOLS: