Skip to Navigation Skip to Content
Back to Impact Stories
Posted on Dec 30, 2019, 9:01 AM
News & Announcements 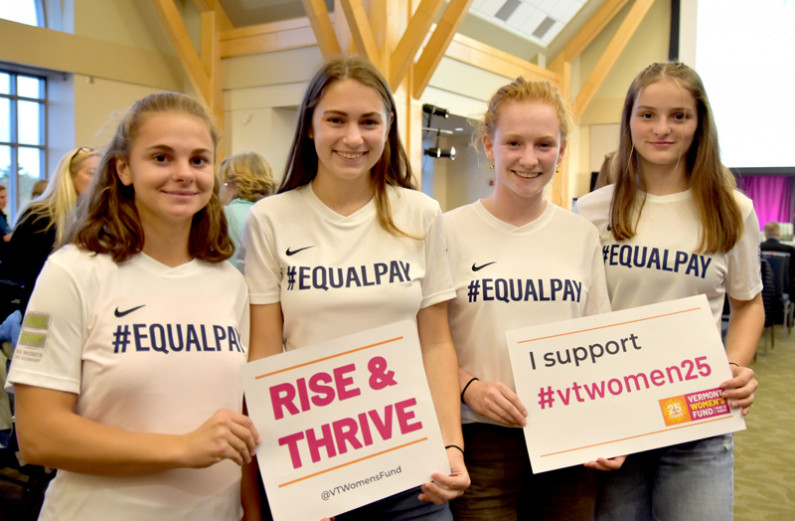 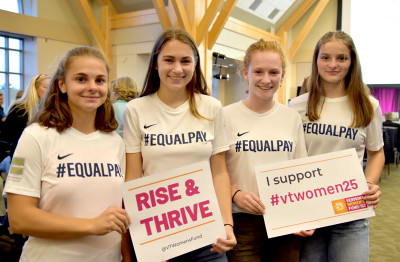 Members of the Burlington High School girls’ varsity soccer team have collaborated with the Vermont Women’s Fund to open the first youth-led donor advised fund at the Vermont Community Foundation. The young players’ new #EqualPay Fund will increase access for girls to soccer programs and accelerate progress to close the wage gap in Vermont—where, on average, women earn 84 cents to every dollar earned by men.

Initially, the project started as a local fundraiser selling #EqualPay jerseys to support the Greater Burlington Girls Soccer League (GBGSL). The soccer players wanted to emulate their heroes on the U.S. Women’s National Team and amplify their #EqualPay message. The young players sought out logistical and strategic support from Change The Story VT, an initiative fueled by the Vermont Women’s Fund, Vermont Commission on Women, and Vermont Works for Women that is committed to fast-tracking women’s economic security to benefit women, their families, and the Vermont economy. Change The Story helped source and produce the special-label jerseys similar to the USWNT uniforms and advised the team on fundraising strategy.

When four Burlington players were penalized during a game for revealing their #EqualPay jerseys under their uniforms, the team received national and international media attention—from Good Morning America to Time Magazine and Sports Illustrated year-end issues. Jersey sales exploded.

When the team reached more than 5,000 #EqualPay jerseys sold and more than $100,000 raised, they turned to the Vermont Women’s Fund and the Vermont Community Foundation for support in opening a donor advised fund.

“This unexpected windfall for the girls’ fundraising efforts created a new opportunity they hadn’t anticipated,” observed Meg Smith, director of the Vermont Women’s Fund. “Now instead of just supporting their local soccer club, they can practice philanthropy on a bigger playing field and make a difference in the lives of girls and young women all across the state of Vermont.”

The team still plans to donate a portion of the money raised to GBGSL, but their #EqualPay Fund broadens the mission and allows the members to stay involved in how the funds are used.

“It is so exciting to be a high-schooler and have the opportunity to make lasting change before even entering the workforce,” Maggie Barlow, senior co-captain, enthusiastically stated. “Leaving the #EqualPay campaign legacy when we go out into the world gives us a renewed sense of hope and a determination to continue to fight for what we believe in in the future.”

2020 will see an exciting new chapter in the #EqualPay movement, with the transfer of jersey production to T by Dem, a Vermont woman-owned business, who will provide sustainable sourcing and professional sales and delivery, while continuing to support the local economy and the #EqualPay Fund.