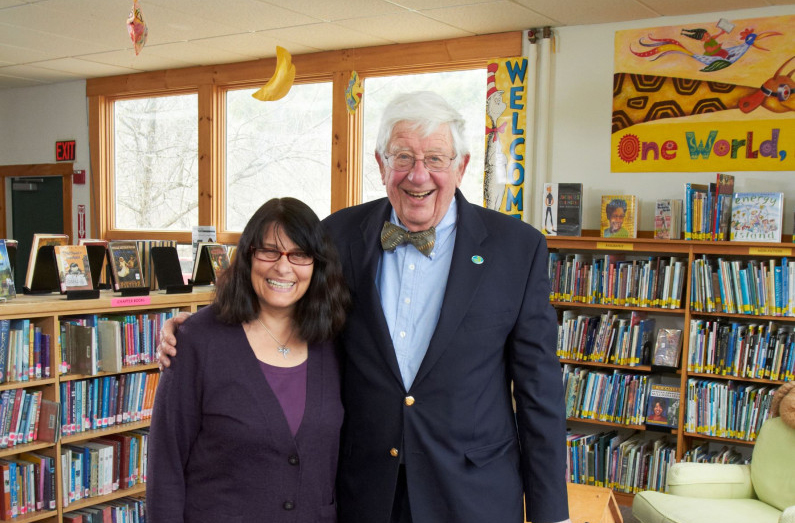 When Bob Belenky and his friends were 10-year-olds, their goal in life was “to help make this a better world.” Their socially-conscious Greenwich Village neighborhood in New York City was certainly an influence, as were Bob’s parents. Hardworking shopkeepers with Russian-Jewish roots, they were interested in social development and enrolled Bob in progressive education schools throughout his childhood.

Bob and his wife Mary Field Belenky have spent their lives helping others. Both of them have doctorates in psychology and have written numerous books; Mary’s research focused on women’s intellectual and ethical development and Bob’s focused on children’s programs. They passionately support many local nonprofits and have also volunteered their time and offered support to organizations in Haiti and Russia.

He and Mary learned of the Community Foundation in 2004, when they established the Janusz Korczak Memorial Fund after inheriting property from Bob’s parents that had significantly appreciated. The fund is named for Janusz Korczak, a well-known Polish- Jewish doctor, who was also a beloved author and director of a Warsaw orphanage for Jewish children. During WWII, he insisted on staying with the children when they were taken by the Nazis, and they marched together, singing, to the railcars.

According to Bob being able to give at the level they do is something of an accident, never expecting to come into such an inheritance. He considers himself and Mary caretakers of his parents’ legacy and believes the fund’s support of education, children, social justice, and environmental protection is consistent with their values and would please them.