Skip to Navigation Skip to Content
Back to Impact Stories
Posted on Dec 22, 2016, 2:31 PM
Community Stories 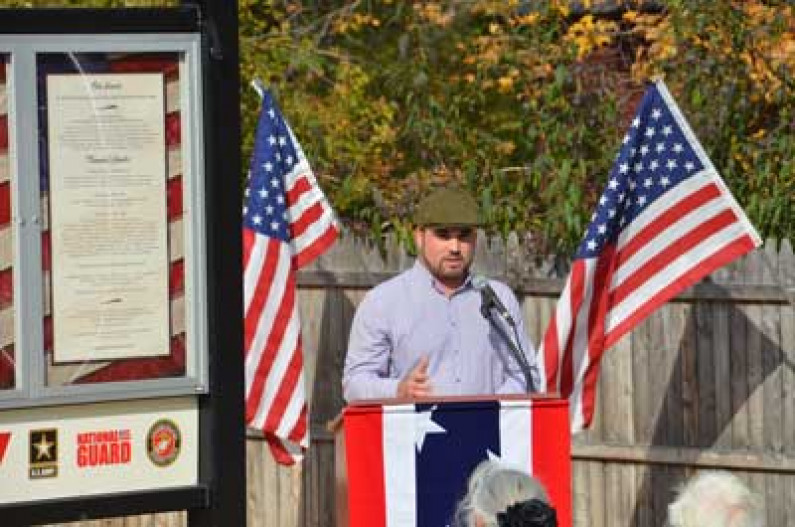 There are not many out there who understand what it’s like to be a college student with PTSD—Kyle Aines does. Unlike many of his peers in Tinmouth, Kyle did not go directly to work or college after graduating from high school. Instead, he joined the U.S. Army and trained as a combat medic. Just over a year after leaving Vermont for Basic Training at Fort Sill in Oklahoma, Kyle was sent to Iraq, where he completed two tours.

When Kyle returned, he decided to pursue postsecondary education as a military-connected student—but that path came with its own set of struggles, which included navigating his education and his personal life as he dealt with the effects of PTSD. While these experiences challenged him as a student, today they inform and enrich Kyle’s work as a Veteran & Military Services Resource Advisor at Community College of Vermont (CCV), allowing him to provide the unique support that many students need.

Kyle is a part of a Veteran & Military Services Team that serves CCV’s nearly 400 veterans and other military-connected students. In the 2010-11 school year, the team was formed after CCV received a grant from the J. Warren and Lois McClure Foundation, a supporting organization of the Community Foundation focused on improving Vermonters’ access to college and career education. Since that time, the program has received over $300,000 in grants from the McClure Foundation to provide the critical services that many servicemen and women need when they return to the classroom after being on active duty. In addition, funding has allowed every CCV staff member and many faculty members to complete sensitivity training to help them support veteran students both inside and outside the classroom. Three other funds at the Community Foundation have also supported CCV’s efforts to serve veterans and military-connected students.

While the Veteran & Military Services Team is still young, Kyle and his colleagues have produced some remarkable successes for and with CCV’s student veterans. Enrollment of military-connected students was 250% higher between 2011 and 2014 than it was in the three years prior to the funding, and these students persist from semester to semester at higher rates than the overall student population. This second statistic is especially striking as 50% of the student veterans are first in their families to go to college. On top of these impressive outcomes, CCV’s veteran students even graduate at a higher rate than the national average for veterans. Consistently, 8% of CCV’s overall graduates are veteran and military-connected students.

And often, these students want to use their experiences to help others like them—just as Kyle did.

Says Kyle, “My life experiences have been invaluable in my service to veteran students—particularly those around education, PTSD, suicide, being a non-traditional student. I find that with this approach I am able to build a rapport quickly and gain their trust. Students know right away that they can come to me without fear of judgment. I want to help students in any way possible.”